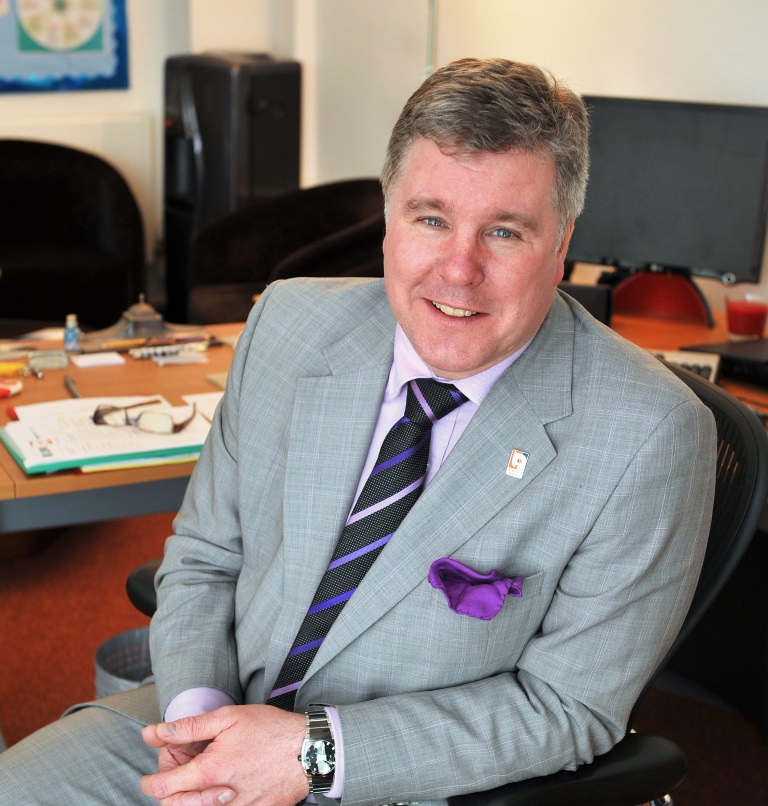 Tributes have been paid to Gareth Dawkins, the executive Principal of Bradford Academy  who has died suddenly during the half tem- break.

The Academy is sponsored by the Diocese of  Leeds, and colleagues have said that Gareth Dawkins engendered a thriving Christian ethos at the heart of Bradford  Academy’s vision and values. “He was a well-loved man of deep spiritual commitment  and that has shaped the guiding principles of the Academy, ” said Howard Astin, the Academy’s Chair of Governors.

“Gareth has been the dominant influence since Bradford Academy’s inception in 2007, and has driven the Academy ensuring it has become a consistently successful school delivering results that have enabled the children of the BD4 and BD5 areas of Bradford to prosper.”

The Academy, which took over the site of Cathedral Community College in East Bowling from Bradford Council, was one of the first academies in Bradford and has grown to be an ‘All-through’ Academy with children attending from nursery through primary, through Secondary to a large Post 16 provision.

“Gareth was a man of great enthusiasm, intellect and skill and has built a very successful staff team over the years” added Mr Astin. “He was passionate in wanting to see children from all backgrounds have every educational opportunity possible and this has seen so many leave the Academy with confidence and excitement for their life ahead.

“Gareth was also on a number of national educational bodies advising departments with his wealth of experience. He was well respected in Bradford itself with a history in our city spanning many years. He will be so missed by so many.”