Wakefield remembers its angel of the trenches this Sunday

A Wakefield nurse who was killed during the Battle of Passchendale and buried with full military honours will be remembered at a commemoration for all nurses in time of war, at a special service of Choral Evensong in Wakefield Cathedral this Sunday at 3.30pm. 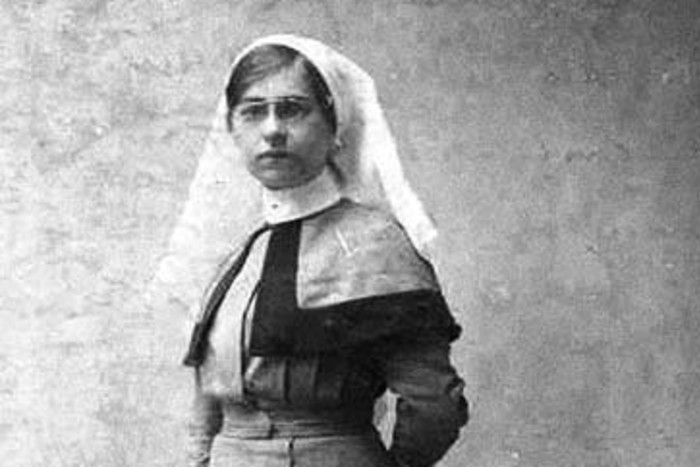 Nellie Spindler had just come off her night shift at the no 44 Casualty Clearing Station three miles behind British lines on August 21, 1917, when she was hit by shrapnel and died in the arms of Head Sister and fellow Wakefield girl, Minnie Wood. She was 26 years old.

Nellie qualified as a nurse in 1915 at St James’s Hospital in Leeds - then known as the Leeds Township Infirmary. As the fighting intensified, she volunteered to serve her country and joined Queen Alexandra’s Imperial Military Nursing Service as a staff nurse. She arrived in France on May 23, 1917 before being deployed to Belgium.

Nellie is the only nurse to have been buried with full military honours – and is the only woman to be laid to rest alongside more than 10,000 casualties of the conflict at Lijssenhoek cemetery in Belgium. Inscribed on her headstone is her serving rank: ‘Staff Nurse’.

Her story is part of a First World War project funded by the Arts and Humanities Research Council that has inspired hundreds of local Wakefield students - from Ossett Academy to Wakefield Girls High School - to look for their own meaning through words and song from the stories of nurses who knowingly risked their lives helping those on the front lines.

Christine said: “Wakefield Cathedral is doing such important work in taking this work forward.  It is providing an opportunity for the community to truly reflect on the significant work of nurses in time of war.

“I have already seen how eager people are to understand the nurses of the First World War.  Working with school students has been particularly inspiring.  After hearing the stories of Nellie Spindler and Minnie Wood, the students who participated in our AHRC-funded project produced some remarkable pieces of work that placed the sacrifices of First World War nurses into perspective.

Over 1,500 nurses lost their lives in the two world wars of the twentieth century, and, in working together, the cathedral and the Nursing Memorial Appeal are doing so much to keep their memory alive,” she added.

The service will also hear from Marilyn McInnes. She will speak about her grandfather, Sidney Beldam, who needed 40 operations to reconstruct his damaged face following his injuries in WW1 and had first hand experience of nursing staff during the war.

Barbara Hallows, Chair of the Nurses' Memorial Appeal will explain how the NMA has been raising money to help fund research for nurses in areas of conflict and to erect a permanent memorial at the National Arboretum to the 1,500 nurses and Voluntary Aid Detachments who died in both world wars. The memorial will be unveiled on June 4 next year.

The Wakefield Civic Society has successfully campaigned to have a blue commemorative plaque placed on Nellie Spindler’s childhood home in Stanley. This will be dedicated during the service by the Bishop of Wakefield, the Rt Revd Tony Robinson.

Everyone is very welcome.