Details of the Truth Project can be found here. 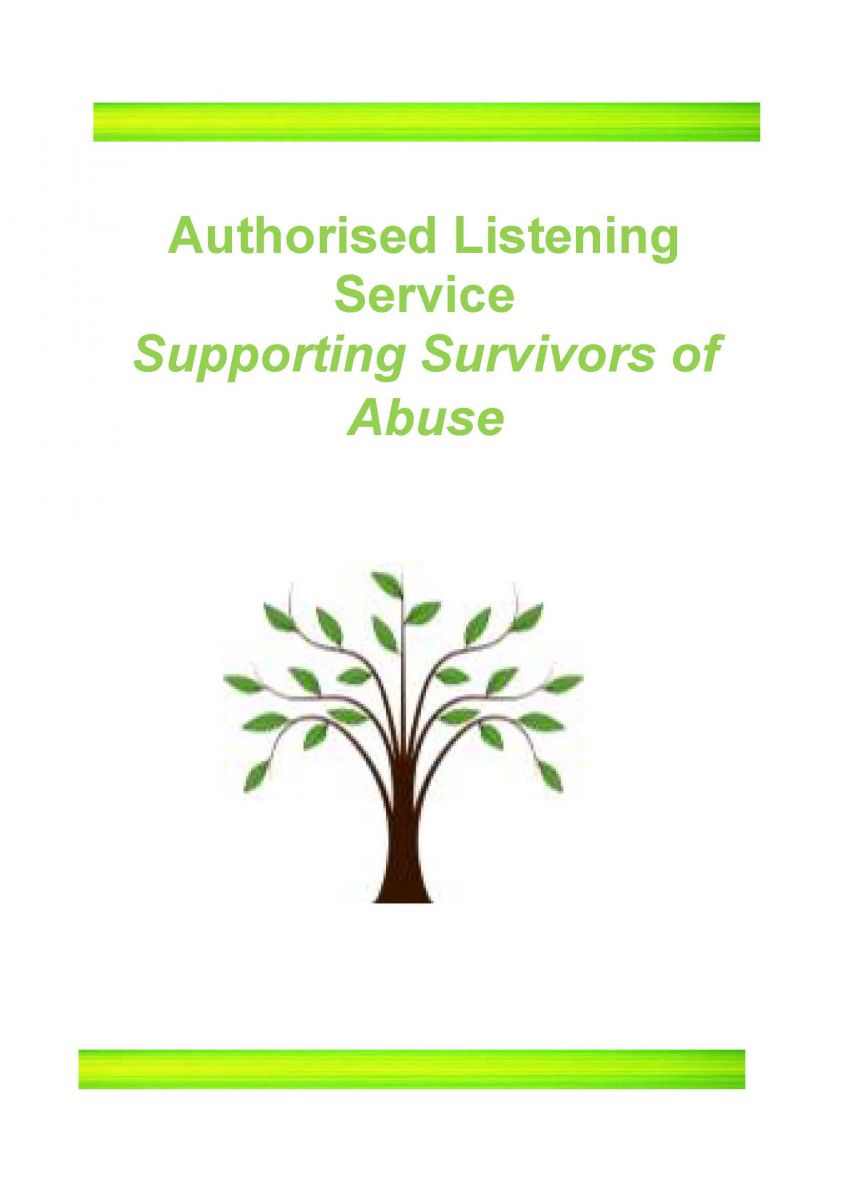 The Diocese of Leeds has appointed Authorised Listeners, all of whom are available to meet with anyone who needs an attentive and attuned listening ear to help them to talk about current or past abuse of any nature.

What are Authorised Listeners?
They are church people, some lay, and some ordained, who have come forward to offer a listening service to survivors.They have backgrounds in pastoral work andhave been specially recruited and trained for this role.

What do they do?
They will offer up to three sessions to meet you and hear what you have to say. It is for you to decide whether to meet, whether to meet again and to consider what the possible next steps may be. The listener will not impose any particular course of action on you. Further information can be found within the leaflet below.

Up to three sessions can be provided free of chargeIf you would like to speak to a listener then please contact, one of the DSAs by clicking here.

It enables victims and survivors of child sexual abuse to share their experiences with the Inquiry and put forward recommendations for change.

The Truth Project offers victims and survivors of child sexual abuse an opportunity to share their experiences in a confidential and supportive setting.  It is part of the ​Independent Inquiry into Child Sexual Abuse​, which was established to investigate the extent to which institutions and public bodies in England and Wales have failed to protect children from sexual abuse. The Truth Project aims to give a voice to victims and survivors of child sexual abuse, many of whom may have been silenced in the past. They are also able to make suggestions about how to prevent the same abuse happening in the future.

This is a crucial part of the Inquiry’s work: hearing from victims and survivors will allow the Inquiry to understand the nature and scale of child sexual abuse and to hear their suggestions for change. The Truth Project has been designed in consultation with victims and survivors and their needs and wishes take priority. They are offered emotional support before, during and after their Truth Project session, they will not be contradicted or challenged and they are able to disclose as much or as little about their experiences as they feel comfortable with.

The Inquiry would like to hear from as many people as possible. In order to get in touch with the Truth Project please visit their website ​www.truthproject.org.uk​ or call the information line: 0800 917 1000, which is open weekdays 8am-8pm and Saturdays 10am-12pm. 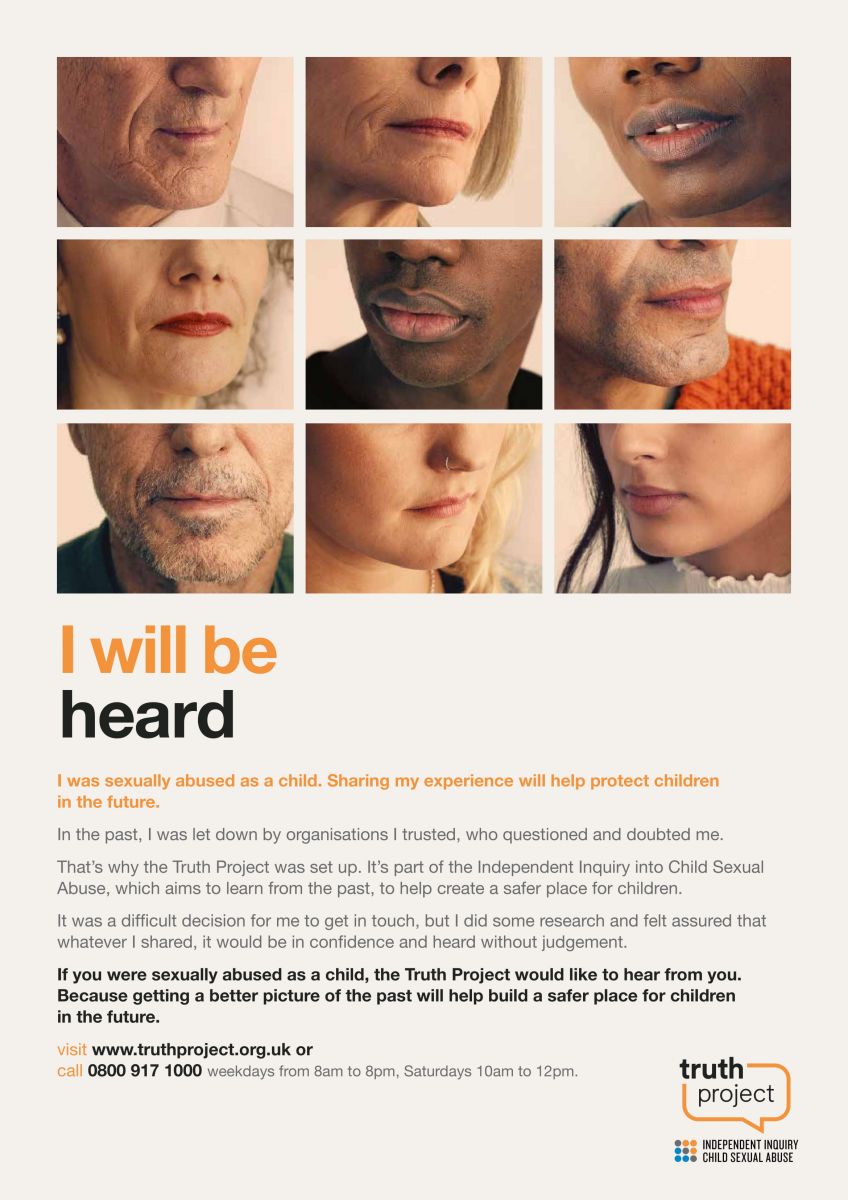 Launched in September 2020, this service offers support to survivors of church-related abuse whether or not a report has been made. This independent service is run by the charity Victim Support and funded by the Church of England together with the Catholic Church in England and Wales and the Church in Wales. It is free to access via telephone, email or web-chat.

Homeless people are at risk of modern slavery. They are being targeted on the streets, but also at church-run projects like drop ins and night shelters. We have heard anecdotal reports of vans pulling up outside projects, before driving off with homeless people who are not seen again. A recent report from Hestia estimates that 1 in 10 homeless people in London has been a victim of modern slavery. The Clewer Initiative has developed resources to help churches raise awareness of the issue amongst those most at risk, as well as volunteers. The resources also include guidance notes for project leaders on how they can begin to ‘slavery proof’ their projects. All available from www.theclewerinitiative.org/letstalk

If you were sexually abused as a child, the Truth Project would like to hear from you. Because getting a better picture of the past will help build a safer place for children in the future. visit www.truthproject.org.uk or call 0800 917 1000 weekdays from 8am to 8pm, Saturdays 10am to 12pm.